A downloadable dream for Windows, macOS, and Linux

a four part bitsy & twine game about yume nikki and me.

learn what really happened to madotsuki as well as the true story of me becoming trans after reading yume nikki fan theories (yeah... ikr...)

BEING COMPLETELY HONEST HERE i created an account to comment on this because i!!!!! i am losing it this is so good!!! the hands in the eyeball world line got me chuckling which means a lot to me because i was!!! really sad!!! but now i'm happy i got to experience this!!!

well... i related a bit of a lot when you talked about discovering a queer part of yourself through a very old barely known rpg maker game SPECIALLY when it came to the outdated language. just mine wasn't yume nikki and being trans, but seeing someone understanding the experience made me!!! this was at the bottom of some game iceberg i found and i'm so glad i got through so many lame first person shooters to get to this fjebrher

also!!! now i know to be sure that when a girl smiles at me and teleports it's because she's flirting with me! i didn't know that! :0

This is a brilliant and witty essay on one of the greatest games of all time. It reminded me why I love Yume Nikki while also giving me smart new perspectives on it.

That was really charming. thanks for making it!

This game was also something that really started me thinking about gender stuff when I was introduced to it. Had only just started meeting other queer ppl about the time I found this game, and it was the first one I saw that had ppl considering trans themes, even if indirectly.

This little exploration of those theories matches a lot of my experience. A wonderful piece. <3

I'm in love with how this uses every part of the HTML buffalo, but especially the chat sequence with the alternating music and the light switch. Thank you so much for making this.

I loved this. I remember those fan theories about Madotsuki being trans, they were always some of my favorites. I always liked the transmasc and nonbinary ones especially (I guess because I can relate to them), even though I didn't know I was trans yet back then.

This game made me appreciate the transfem theories even more, and I'm now convinced Madotsuki was a trans girl. Thank you for the experience, this game was lovely!

I love yume nikki to death and I really enjoyed playing through this exploration of a super-personal relationship with the game. It's really well-done and the multimedia html texture is just gorgeous. Thanks for making and sharing this.

Absolutely one of my favorite games I've played on here, and I relate hard. You so perfectly articulated your experience and I love this!

absolutely beautiful game. thank you so much for making this, it was an amazing experience. such wonderful visuals and harsh but delicate storytelling. you should be so proud of what you have made!

edit: i would gladly pay money for this. plus the music?? magnificent!!

This was a beautiful experience, thank you

...is there a way I can pay for this? This feels to good to be free

thank you so much for making this, it was beautiful 。゜゜(´Ｏ`) ゜゜。
im fairly early in my own transition but i can see so much of my own experience in this, especially some of those conversations and ESPECIALLY the feeling of being a ghost, and not having any place in the world except as a ghost

thank you for making this. we had a similar experience early on to our self-realization of "oh, I "know" that trans women exist but that's obviously not what I am...". it does a lot of good to be able to reflect on what made us feel that way.

Thank you for sharing something so personal and beautiful. Thank you for giving form to feelings that I’ve had too.

Wow, this is really well put together!! You incorporated the Yume Nikki vibes really well, and the format of like, a "show and tell" approach where the player navigates the space accompanied by your narration, was really fitting and made me feel more immersed in the feelings.

Gonna be honest, I played Yume Nikki ages ago and liked how it felt, but mostly got lost and didn't stick through the whole thing x_x but I recalled enough of it to mostly get what you referenced in this game! or at least the important parts! so that's cool!!

Also gonna reiterate an earlier commenter about the part about taking pride in being empty, while everyone else sees you as mature and stuff, being like. Very Relatable. and that was *before* I started having gender realizations! I didn't get hit with the depressive part of it until after that, but yeah wow.

Anyway! Thank you for making this game it is very good!! <3

I'm so glad I found this! I played (and obsessed over) Yume Nikki for years before coming out. It was really heart-warming (and maybe in places heart-wrenching) to be able to play through something so genuine and familiar.

This is really good, I love how well everything is put together and how you use the yumme nikki atmosphere to convey your personal experiences. Thank you so much for making this!

Awesome! should get into Yume Nikki and similar games more, lol.

I adore this, thank you for sharing such a personal story

I love this so much. It was a joy to play.

beautiful game, and one i relate to quite a bit, thank you <3

as another trans woman who played yume nikki and .flow thank you for writing this

thanks! i'm glad you enjoyed it 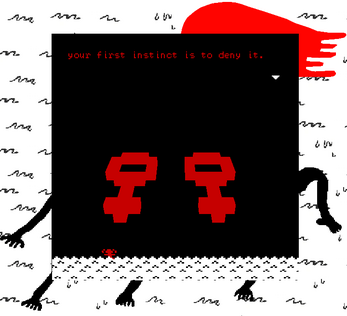 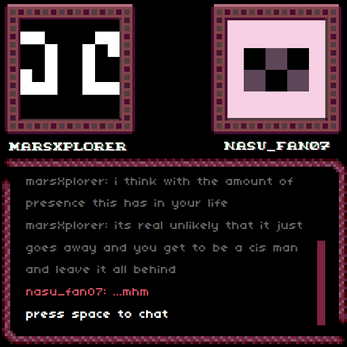 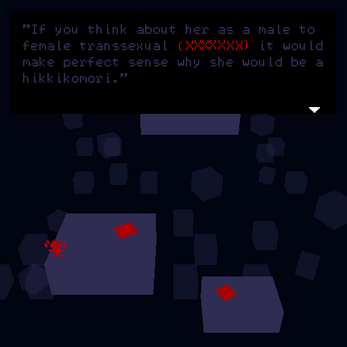 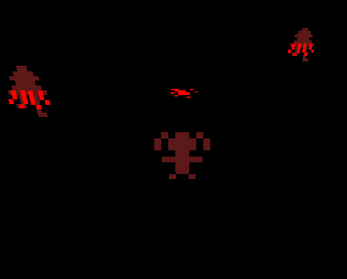